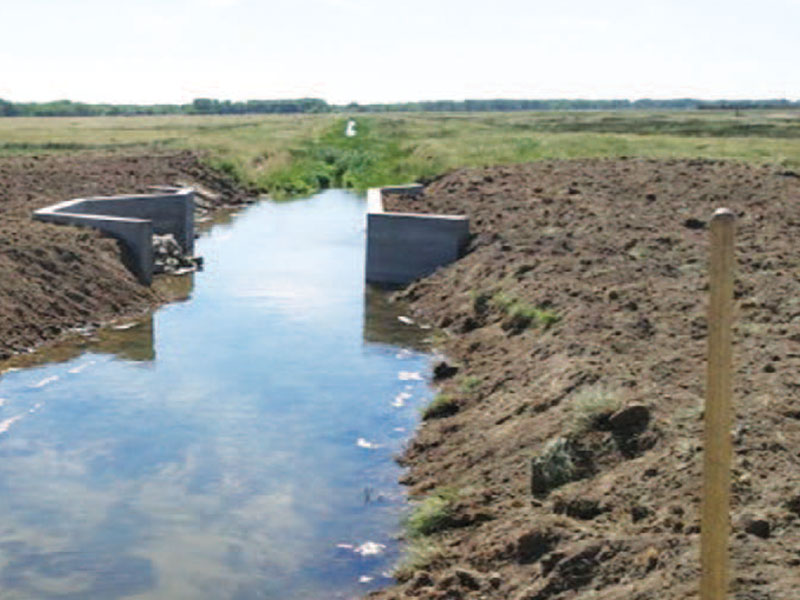 LOCATION: Weldona, CO
DESCRIPTION: The recently completed water augmentation project for Ducks Unlimited (www.ducks.org) at the DT Ranch in Weldona, included the installation of a water infiltration pumping system and pipeline at the ranch on the South Platte River.

PES recently completed a water augmentation project for Ducks Unlimited (www.ducks.org) at the DT Ranch in Weldona, CO which included the installation of a water infiltration pumping system and pipeline at the ranch on the South Platte River. Water from the river is used to augment wetlands and pond habitat on the ranch. Ducks Unlimited is the world’s leader in wetlands and waterfowl conservation. Ducks Unlimited got its start in 1937 during the Dust Bowl when North America’s drought-plagued waterfowl populations had plunged to unprecedented lows. Determined not to sit idly by as the continent’s waterfowl dwindled beyond recovery, a small group of sportsmen joined together to form an organization that became known as Ducks Unlimited.

The PES scope of work included installing over 4,000 feet of 12” pipe, a 900 GPM pump system, a concrete clear well, and related infrastructure to transport water from the river to the pond areas. Mitch Messmer, PE of Ducks Unlimited designed the pumping system for the project and was involved in overseeing the field construction effort. Mitch said, “PES did a great job for us on the project. The work was completed in accordance with our design and it worked out great for us.”