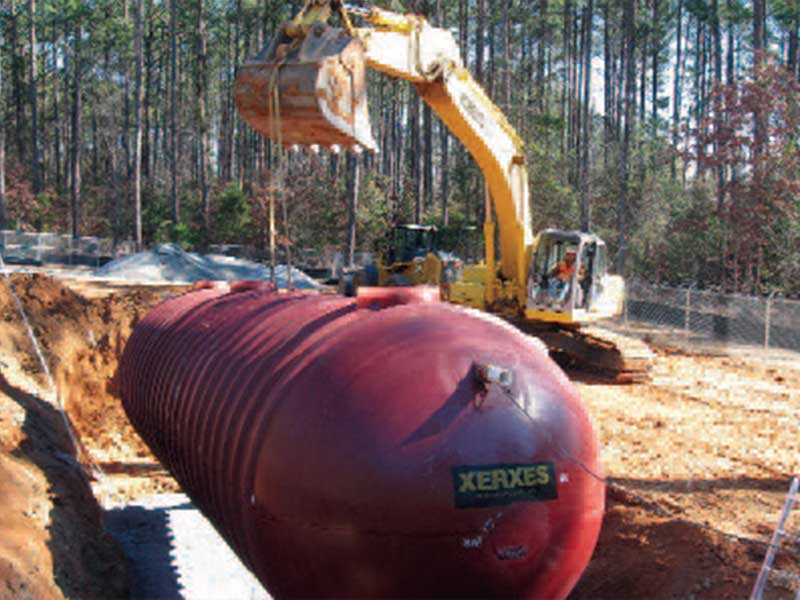 LOCATION:  Augusta, GA
DESCRIPTION: IWS designed and constructed a 30,000 gallon per day treatment system for the US Army’s Fort Gordon Pointes West Recreation Area to replace a failed recirculating sand filter that had been constructed in 2003.

Contractor (Clement) and primary subcontractor (IWS) performed in an exemplary manner, delivering an excellent product on time and on budget

Turn-key in 120 days!
IWS recently designed and constructed a 30,000 gallon per day treatment system for the US Army’s Fort Gordon Pointes West Recreation Area to replace a failed recirculating sand filter that had been constructed in 2003. IWS had a critical schedule as the Owner needed to upgrade their system before the summer vacation season. IWS met the challenge and was able to design, construct, and start-up the system in 120 days from Notice to Proceed.Recreation Area
The Pointes West Recreational Area, located on beautiful Lake Thurmond near Augusta, Georgia, serves as a recreational retreat for soldiers and their families from nearby Fort Gordon, as well as for all military service members throughout in the United States. Facilities at the recreation area include a motel, cottages, cabins, boating facilities, hiking, and campsites. The 70,000 acre Lake Thurmond is the largest Corps of Engineer civil works projects east of the Mississippi and is a popular recreational area that offers fishing, camping, boating, and hiking around the entire lake.Project Team
IWS teamed with the Clement Group (Clement), a Montgomery, Alabama based contractor for the nearby Fort Gordon, US Army Installation. The Clement Group provides construction and design/build construction services for government, commercial, and industrial clients throughout the United States, with an emphasis on the Federal construction market (www.clementgroup-llc.com). Dave Bergum, Project Manager for Clement, said “IWS was responsive and professional in their execution of the project. They met a very difficult schedule and completed the project without a hitch.”

Project Challenges
The main challenge for the project was meeting the tight schedule. IWS was able to mobilize to the site within 70 days of contract execution to begin constructing the project. The total project time from contract execution to system start-up was 120 days. Joel Breakstone, P.E., Project Engineer for the Army Corps of Engineers, summed it up: “Contractor (Clement) and his primary subcontractor (IWS) performed in an exemplary manner, delivering an excellent product on time and on budget”. The Army Corps evaluation form rated the project team “Outstanding” in twenty-six of twenty-eight categories.