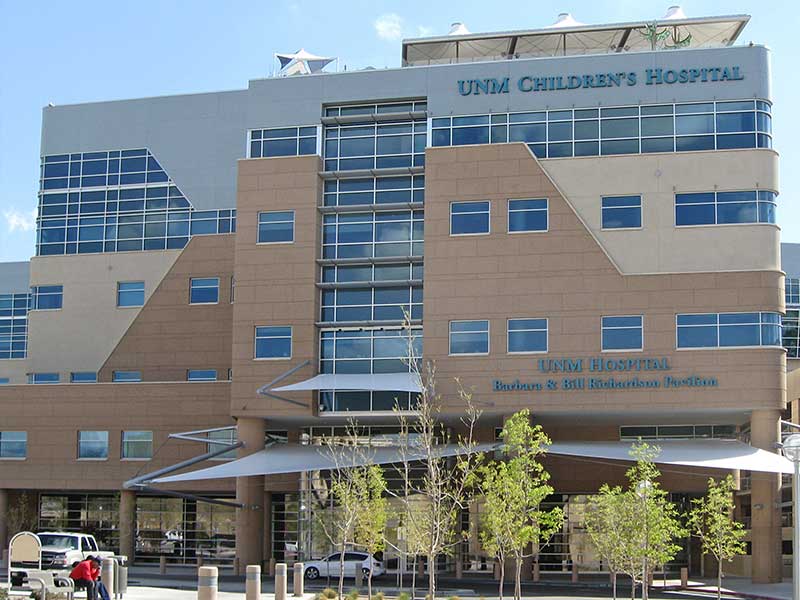 LOCATION:  Albuquerque, NM
DESCRIPTION: In August 2008 IWS completed the installation of an innovative disinfection system (Miox SAL 40) which is being used to eliminate the deadly Legionella Pneumophila bacteria from the University of New Mexico Hospital’s (UNMH) water system in Albuquerque.

In August 2008 IWS completed the installation of an innovative disinfection system (Miox SAL 40) which is being used to eliminate the deadly Legionella Pneumophila bacteria from the University of New Mexico Hospital’s (UNMH) water system in Albuquerque. IWS fast-tracked the project to meet the critical schedule for the new wing of the hospital.

Results from water samples taken after flushing the water lines in a new wing of the UNMH in November 2007 turned up bacterium that could cause severe infections. Two of 32 randomly tested faucets in the new wing tested positive for Legionella Pneumophila which can cause pneumonia from Legionnaires’ disease.

Construction of the new west wing of the UNMH was completed in late 2007. During construction, the west wing’s new water system was turned on for testing and then shut down for at least six months before being turned on again for normal operations. It is suspected that standing water in the pipes during the prolonged shut-down period developed legionella bacterium.

MIOX Corporation (www.miox.com) is an Albuquerque, NM based provider of innovative disinfection technology that replaces the need to purchase, transport, and store dangerous chemicals. MIOX is used in over 30 countries and in hundreds of communities across the U.S. for public drinking water systems, water reuse projects, and a variety of commercial and industrial applications. IWS teamed with MIOX to provide a turnkey solution to the hospital on a fast track basis to meet the critical project schedule.

IWS installed two MIOX SAL 40 mixed oxidant generators to treat the UNMH’s potable water supply system and the water for the hospital’s HVAC cooling system. MIOX water treatment equipment is capable of efficiently removing biofilm and hazardous microbes by generating a mixed oxidant solution from ordinary table salt. The end result is similar to the customary addition of chlorine to the potable water supply. However, the MIOX process uses technology that electrolyzes salt to generate chlorine disinfectant which eliminates the hazards associated with transporting, storing, and handling dangerous chlorine.

IWS and MIOX are pursuing opportunities throughout the US where clients can leverage the MIOX disinfection technology for other applications and projects.