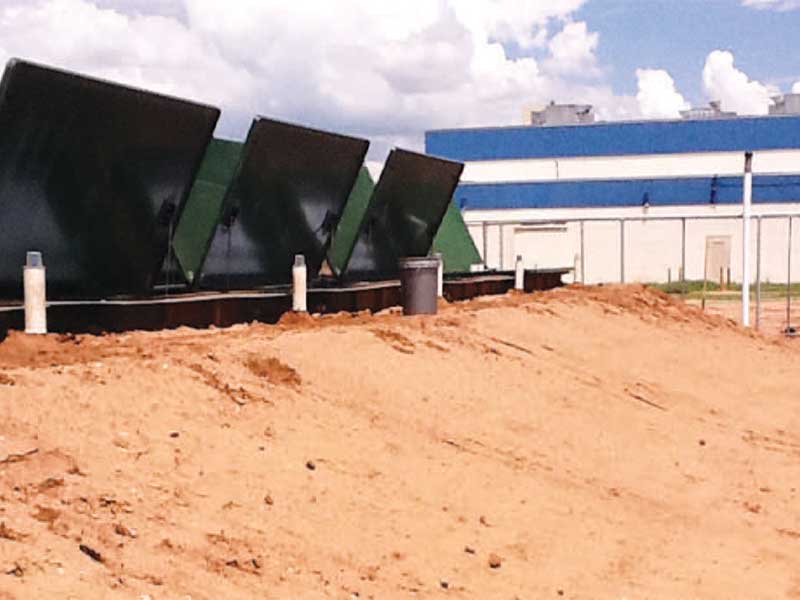 IWS Was able to mobilize to the field and hit the ground running. They did a great job putting in the extra effort to make sure the project was completed before the school opened.

It was a race-to-the-finish to complete construction of the upgraded wastewater treatment plant at the Palominas Elementary School, located 3 miles from the Mexican border, during a 6 week construction effort during the summer monsoon season in Arizona’s southern desert. Working 6 days a week, IWS was able to mobilize the resources to complete start-up and sign-off of the system the day before school started.The Palominas School District #49 is located in Hereford, AZ. The community was named after B.J. Hereford, who was a friend of the town’s founder. It was where cowboys Frank McLaury and Tom McLaury first met and became associated with Ike Clanton, in 1878. The two brothers would later be killed during the Gunfight at the O.K. Corral, in Tombstone, Arizona, with Ike Clanton being at the center of that dispute with the Earp faction.

The system was designed by Fluid Solutions (www.flusol.com) of Phoenix, AZ, and the project was completed under a design-build contract. Fluid Solutions is a water resource consulting firm that specializes in water, wastewater, and environmental services in the arid Southwest and Arizona.

Norm Fain, P.E., Principal of Fluid Solutions felt the project went well and was impressed that IWS was able to complete the field effort in an accelerated basis, “IWS was able to mobilize to the field and hit the ground running. They did a great job putting in the extra effort to make sure the project was completed before the school opened. IWS was a great resource and partner to have on the project team. We will use IWS again for a similar type of project should the opportunity present itself in the future.”

download Meeting the Deadline on the US/Mexican Border Project