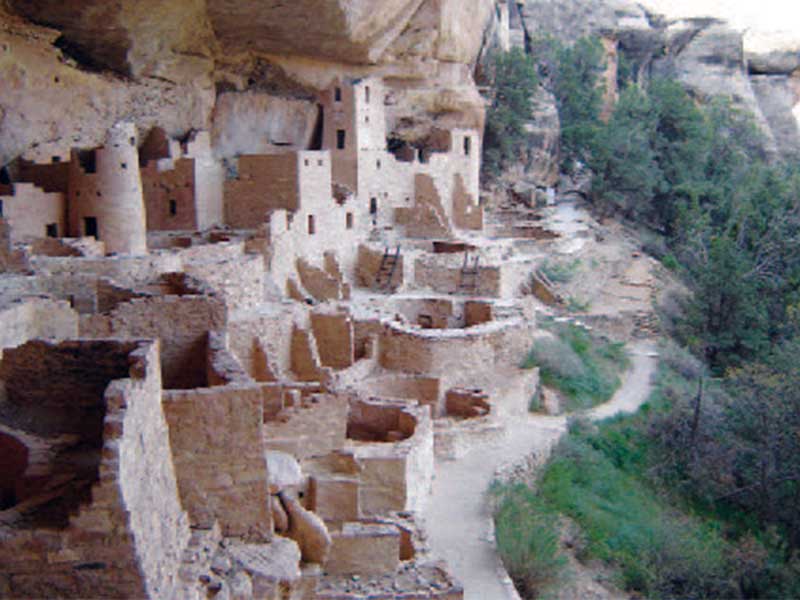 IWS completed the project within budget and on schedule.  We are pleased with the increased capacity of the park’s WWTP, especially with our new Visitor and Research Center opening next year

Located in Southwestern, CO near the four corners area, Mesa Verde National Park is home to over 600 cliff dwellings and offers a spectacular look into the lives of the Ancetral Pueblo people who made it their home for over 700 years. In 1906 President Theodore Roosevelt established Mesa Verde National Park (“The Park”) to “preserve the works of men” and was the first national park of its kind.

The Park was constructing a new $12mm Visitor and Research Center and needed an onsite wastewater treatment system to accommodate the new facility. There were no municipal services available and a traditional septic system would not meet the regulatory requirements. The Park’s engineer selected a system that would meet the regulatory requirement for treatment and subsurface discharge.

The initial approach of Stantec (the owner’s engineer) and the National Park Service was to utilize a recirculating sand filter (RSF), however, the footprint was large relative to the textile filter option offered by Orenco Systems, Inc. (www.orenco.com). Given that the new facility would be a focal point for The Park, the National Park elected to utilize the Advantex AX-100 provided by Orenco so that the wastewater treatment system wouldn’t dominate the landscape. The Advantage of textile filters is that they perform similarly to an RSF, however, the textile media has more surface area per volume, which allows for a smaller footprint.

One of the unique aspects of this project and the challenge from a design perspective was to find a treatment technology that could perform equally well during the peak visitor season in the summer months as well as the “low season” in the winter months when there are far fewer visitors to the park. The system was designed so that the flow could be directed to all of the AX-100 pods during the summer or reduced in the slower months to just one pod, thereby maintaining a consistent biological loading on the textile media and continuing to produce a consistent effluent quality.

The use of a passive treatment system like the textile filters also important to the client because they were concerned about their O&M costs. When looking at a 30 year life cycle cost analysis, the Advantex had the most compelling cost for the Owner – relatively low energy consumption, minimal sludge disposal, monthly service requirements (versus daily for a mechanical plant), and a great turn down ratio (9 to 1 pod as dictated by flow).

Jeff Thomas, VP and IWS Project Manager, commented “IWS was hired to construct the treatment system and provide value engineering. The fact that IWS has constructed more commercial Orenco Advantex treatment systems throughout theUnited States than any other contractor coupled with IWS’ competitive pricing, convinced project stakeholders to select IWS for the project.” Mesa Verde National Park Superintendent, Cliff Spencer, observed “IWS completed the project within budget and on schedule. We are pleased with the increased capacity of the park’s WWTP, especially with our new Visitor and Research Center opening next year.”